Can a Business be both Ethical and Successful? 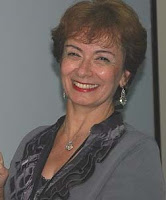 This question has been troubling me for some time now. I say troubling, not because I personally have any doubt that business and ethics can and must coexist for a company to realize success. I say it because reality shows that, despite the fact that all the companies in the corporate world have their so-called "Code of Ethics," just a few of these companies follow it. In the meantime, more and more companies and individuals find excuses for their unethical behavior, and accordingly putting those who continue to believe in ethics in a difficult situation, in which the latter group has to compete against those who are less principled. Unfortunately, ethical people often lose in their fight against those who would do anything to get what they want. As a matter of fact, in today's world, it has become more the rule than the exception for ethical people to fail in their career and their business life simply because they have to compete with the more common type of people in today’s marketplace, namely the unprincipled, or whom many prefer to call "smart."

Almost every day, we are faced with situations in which we have to make a decision and choose between something ethical and another that is less than ethical, with the latter, almost always, appearing as the more rewarding. Being hung on profit and the urge to succeed most people sadly choose the latter, in order to realize their immediate goals.


There are many examples of unethical decisions that are made in the business world. Two examples come to mind. At the business level, I can think of situations in which a business takes a cut-throat approach to remove competing businesses or individuals from their path, instead of entering with them into an honest competition; At the individual level, I can think of a situation in which a greedy employee is targeted by his/her employer’s competitor and is paid a bribe or a commission in return for confidential information that can help the competition snatch a business opportunity from the employer. The sad part is that most people, nowadays, instead of condemning such a behavior, they describe it as a smart move, and add, "You cannot be a sheep among wolves." They say it, as if joining the wolves is the only solution to survive in today's world.

I wonder! When did it become acceptable to be dishonest, cunning and downright villainous? Why are honest people considered naive, or more importantly why do they lose their chance of winning against the more cunning and less ethical? Who made this the number one rule of success? And, is a threat against the financial profitability of a company or a person worth sacrificing one’s values and allowing his or her ethics to go out of the window?

In my book, it does not have to be this way. Good business ethics can and should be part of a successful business. Unethical businesses can be profitable on the short run, but can never be truly successful. A business without ethics is a business without integrity. Such a business might realize immediate profitability but it will definitely face long term failure. This rule applies to every aspect of our life. This is true, not only because clients like to deal with value-based companies, but also because an unprincipled business is like a rotted house that will eventually collapse at the hands of its own in-grown termites. It simply does not have a solid foundation on which it can stand in the face of the many storms it will face in its lifetime.

So, what do you do to make ethics the thread that weaves the fabric of your company?

1-Lead by example. Inspire your employees and clients to do what is right.
2-Encourage your employees to do the right thing, and reward them for it.
3-Do not tolerate corruption or unethical behavior in your company,
4-No matter how profitable a partnership or a business relationship might appear, do not take it if it means that you team up with an unethical company or individual,
5-Finally remember that fighting the good fight to win the race is much more satisfying, regardless whether you win or lose, than winning at the expense of someone else.

Live and lead by example, for when all these days are behind you, and you are sitting in your rocking chair telling your grandchildren stories about your achievements, you will not only feel proud to tell the story of your honest life struggles, but you will also be teaching them how to live an honest and righteous life. Only then, your short journey in this world would have made a difference, and your life would not have gone in vain.

Miranda-Hirezi Mugnier
Seeing the world being hijacked by the devil, I strive to help in its restoration.